GYLLIUM on The Best Block in New York City 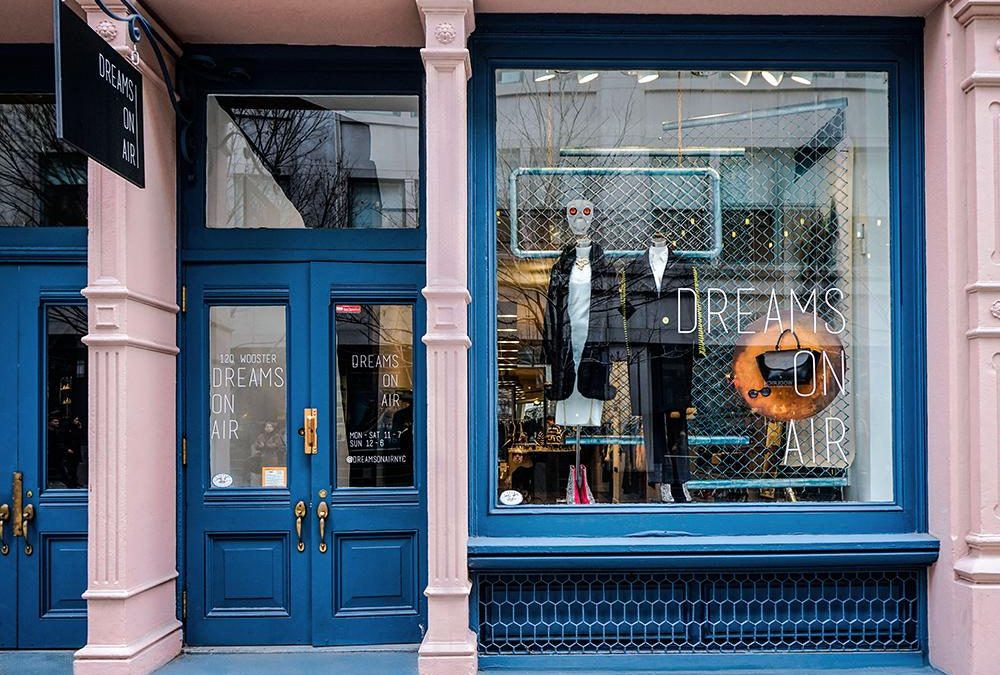 It is our greatest pleasure to announce that from October 1st Gyllium’s agendas are being sold in Dreams on Air concept shop in SoHo, Manhattan.

GYLLIUM In The Big Apple

Anyone who knows New York knows just how much determination it takes to have a boutique opened, much less, four exposed walls in a prime location. Dreams on Air is a concept space that sought to provide a stage for emerging designers, and opened a boutique in March 2017 that shares its ground and shelf space for this purpose. The space has hand-painting on the wall from New York artist Simon Cooper. Located in SoHo, its next door neighbours include names from the haute runway.

Dreams on Air has become THE leading online and offline platform in New York for independent fashion talent from all around the world. First-year projected wholesale volume ranges from $800,000 to $1.2 million, according to Marilyn Yang, who handles digital marketing and public relations for Dreams on Air.

Dreams on Air Studio creative team has worked with a vast number of luxury brands including Moschino,Tom Ford, and Armani, and has been published in Vogue, Paper, Harpers Bazaar, Elle, Nylon etc. Brands represented by DoA PR have been featured in Vogue, Elle, Harper’s Bazaar, Paper, Glamour, Cosmopolitan, L’Officiel and many others, and been worn by celebrities such as Fergie, Alicia Keys, Kim Kardashian, Miley Cyrus etc.

For the designers housed at Dreams on Air, the set-up offers the double-barreled approach of retail upstairs and a public relations showroom downstairs.

Apparel, jewelry, handbags, shoes and sunglasses are featured on the 2,500-square-foot first floor of 120 Wooster Street in Manhattan, and one level below, samples from the featured designers are ready for editors, stylists and bloggers. The concept was created by Alise Trautmane, The New School’s Parsons School of Design graduate and former Designer of the Year in Latvia for her Narciss label, and Sai Kong, who founded FACES. The duo also have marketing and retail experience, which they are putting to use for 25 New York-based emerging designers.