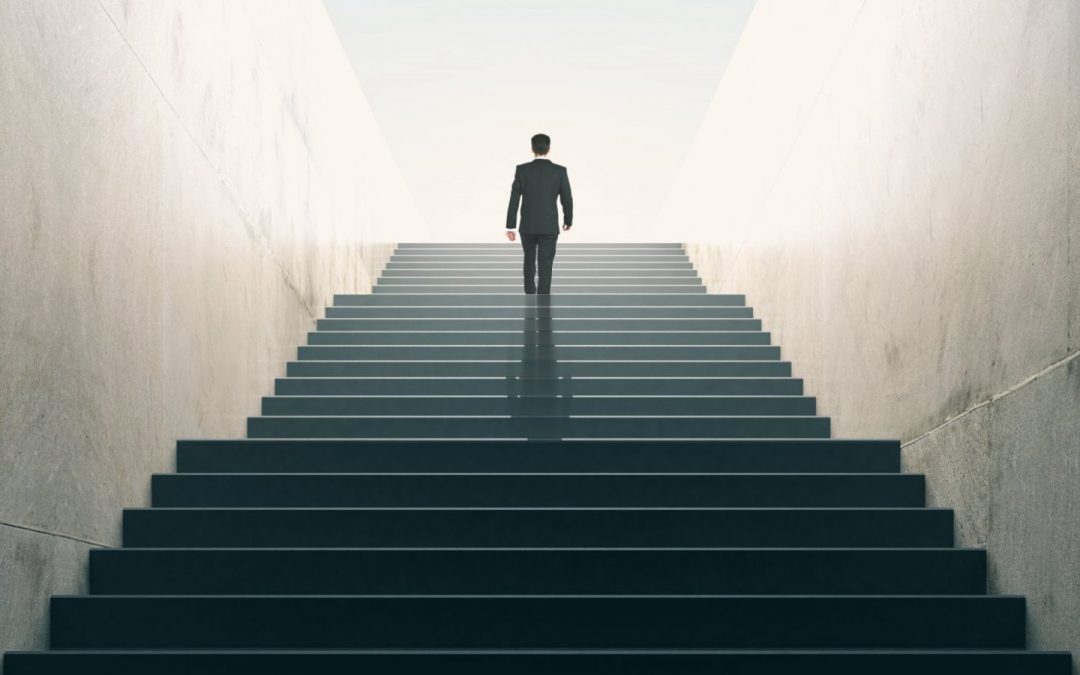 Some people get more done than others – a lot more. Have you ever wondered why?

The intuitive answer — that you are born predisposed to certain talents and lacking in others — is really just one small piece of the puzzle. In fact, decades of research on achievement suggests that successful people reach their goals not simply because of who they are, but more often because of what they do.

Successful people all have similar traits and similar patterns. The truth is that being successful is not far-fetched if you can learn what other successful people do. To find out, for example, Kevin Kruse, a keynote speaker on wholehearted leadership and extreme productivity and the author of 15 Secrets Ultra-Successful People Know About Time Management, interviewed over 200 ultra-productive people including seven billionaires, 13 Olympians, 20 straight-A students and over 200 successful entrepreneurs. He asked a simple, open-ended question, “What is your number one secret to productivity?”

On the basis of Kevin Kruse’s findings and other observations and research some of the most important things successful people do are the following:

They carry a notebook into every meeting

Sir Richard Branson has said on more than one occasion that he wouldn’t have been able to build Virgin without a simple notebook, which he takes with him wherever he goes.

In one interview, Greek shipping magnate Aristotle Onassis said, “Always carry a notebook. Write everything down…That is a million dollar lesson they don’t teach you in business school!”

Ultra-productive people free their minds by writing everything down.

Barry L. Star, founder and CEO of Wall Street Horizon which provides corporate event data covering more than 7,000 companies worldwide and over 40 different event types, said: “When speaking with a client, an employee, a vendor, or anyone, as a manager I need to keep track of what was discussed and what needs to happen as a result of the meeting. Can you remember what you discussed with someone two months ago? It has to be a [paper] notebook because many times a chart may be drawn on a whiteboard, or a picture might be scribbled out and those just are not easily transcribed without major interruption. I’m not a technophobe – I worked at Apple with Steve Jobs many years ago – but the technology just doesn’t beat the notebook in this situation. I make all of our interns learn this skill.”

They strive for consistency and persistence

Successful people are focused on meeting their objectives and that is why they have a consistent schedule. According to Rameet Chawla, founder of Fueled, having a consistent schedule aids prioritization and allows you to keep the important tasks at the top of your list.

In addition, if you want to be successful, focus on one discipline and be consistent in developing your proficiency. Show up every single day, for a few hours a day, and you will invariably progress over time.

Obstacles to success are normal and should be expected. They can’t always be planned for. However, you can decide when you commit to success that you’re going to persist no matter what obstacles arise. Go around them, go over them, or push through them, but persist no matter what happens. That’s what successful people do, and so should you if you want to mimic their success.

They nurture the right relationships

Those at the top know that success is much harder when you’re trying to do it alone. The greater the feat that you’re trying to accomplish, the more difficult the obstacles you encounter will be. You can better equip yourself for the road ahead by enrolling a support team around you. “At the pro level, you have a strength coach, a training coach, a manager, an infield coach, an outfield coach…” Dana Cavalea says. Choose your inner circle wisely, and consider hiring specialized professionals, from coaches to massage therapists, who will be able to pick you up when you are down. “People succeed more when they have someone to hold them accountable to that day-to-day,” says Cavalea.

In his book Tribes, Seth Godin explains there are tribes everywhere hungry for connection, meaning and change. Successful people look for support and find people they can connect with intellectually. Find your tribe and collaborate, play off each other’s strengths and watch everyone grow.

They believe they can

We’ve all heard the saying, “You have to believe it before you can achieve it.” Science tells us that the belief and conviction that we are capable of achieving something increases our chances of bringing it to fruition in reality. Cavalea recommends the book, “The Power of Positive Thinking,” by Dr. Norman Vincent Peale, as a resource for upgrading your mindset in support of your goals.

When you use phrases like, “Today is going to be a great day” or “I am successful”, you boost your intellectual ability and improve your chances of attaining your goals for the day. The world’s most successful people have unshakable confidence in themselves and in their vision. Without it, they’d have to give up too easily after a few obstacles got in their way.

How is your confidence? Do you believe you can achieve your dreams? Let me tell you something in case nobody told you before: You can do whatever you want in life, you just have to first believe it, and then work like mad to get it.

Mindset is only one piece of the puzzle – for optimum performance you must also care for your body. Cavalea says a winning daily habit is to sweat every day. “Sweat will change your state. It will change the way you are feeling. When you sweat it actually creates more motivation for you. A sweat a day will keep you moving in the direction you want to go,” he says.

President Barack Obama exercises 45 minutes per day, six days a week. A healthy mind and body is the first step to success. Your body is a vehicle to everything you achieve. Such physical activity doesn’t only keep the body physically healthy; it also improves one’s mental state. When was the last time you saw a successful person who was obese or extremely overweight? Sure, these people exist, but they’re the exception to the rule.

Successful people believe that learning never ends. This doesn’t mean they are going to school to get new degrees, although they may. Even without formal education, they’re constantly reading and learning from others around them, perhaps from books, trade magazines or conferences, or from others who are ahead of where they want to be.

What have you learned recently that can get you closer to the success you want? If you haven’t picked up a book, trade magazine or listened to CDs or MP3s that can get you smarter in your field, it’s time to start.

They avoid meetings at all costs

When Kevin asked Mark Cuban for his best productivity advice, Cuban quickly responded, “Never take meetings unless someone is writing a check.”

Meetings are notorious time killers. They start late, have the wrong people in them, meander from topic to topic, and always run long. Get out of meetings whenever you can, hold fewer of them yourself… and if you do run a meeting, keep it short. Remember, you only have 1,440 minutes in every day. Don’t give them away easily.

What surprised Kevin most when he was interviewing more than 200 successful people was how many of them wanted to share their morning ritual with him.

While Kevin learned about a wide variety of habits, most people he interviewed nurtured their body in the morning with water, a healthy breakfast and light exercise. They nurtured their mind with meditation or prayer, inspirational reading, and journaling.

They are willing to fail, repeatedly

Successful people see failing as a part of the learning process. And no matter how much they fail, they’re never willing to quit. They also never see failure as defining who they are. When unsuccessful people fail, they see themselves as a failure.

Learn to never see yourself as a failure and to see failure itself as a learning process. Then, you’ll never do the one thing you’re avoiding… failing. If you see individual failures not as the end of the journey but as a part of a longer journey of success, then you, in fact, never actually fail.

If you are still not convinced that some of the most successful people have been trough far greater failures than you, then read the following list of individual defeats that did not stop people from keep on striving:

∗ Jack Ma– The founder of Alibaba Group has achievements that are practically unbelievable considering his meager, humble beginnings. Along the way, however, he failed more times (and more spectacularly) than most of us could stomach in a lifetime. He was rejected from Harvard 10 times; he applied to 30 different jobs and was rejected by all of them; out of 24 KFC applicants in his pool, 23 were hired and he was the only one to be rejected; at one point, Alibaba was just 18 months away from bankruptcy (as Ma humbly notes: “I call Alibaba ‘1,001 mistakes.’”).

∗ Henry Ford – Failed in his early business projects and was left broke 5 times before he founded Ford Motor Company.

∗ Walt Disney – Walt Disney was fired by a newspaper editor because “he lacked imagination and had no good ideas.” After that, he started a number of businesses that didn’t last long and ended with bankruptcy and failure.

∗ Albert Einstein – Einstein didn’t speak until he was four and didn’t read until he was seven, which made his teachers and parents think he was mentally handicapped, slow, and anti-social.

∗ Jerry Seinfeld – The first time he walked on stage he froze and was jeered and booed off stage. Do you think he quit after that? Nope. The very next night he came back and completed his set to laughter and applause.

As Jack Ma says: “If you don’t give up, you still have a chance. Giving up is the greatest failure.”

They do the important things first, not the easy things

When it comes to our time, and what we do with it each day, successful people have one tremendously important trait that makes them successful: they do the important things FIRST, not the easy things. If you wait until you have more time to do the important things, you’ll run out of time and it will never get done. That is why people don’t exercise daily, or write that book, or start that business.

Successful people prioritize their lives differently. They know that the important stuff is what will get them to where they want to be. They do the big tasks at the beginning of the day, and they leave the emails to later in the day. Moreover, if you complete the difficult things at the beginning of your day, you relieve your mind from the constant stress of thinking about them and become more productive. Instead of fussing all day about an important task you have to complete, get it done early on so you free your mind for other things. Doing so reduces stress since it won’t be in the back of your mind, and it’s more efficient since you won’t have to re-read or evaluate the item again in the future.

If you want to be more successful, try and follow at least some of these habits. In the end, it takes consistent practice to be successful. Success doesn’t happen by accident, but because you have committed yourself to certain activities, that will help you reach your goals. We hope we have inspired you to do so with this article!