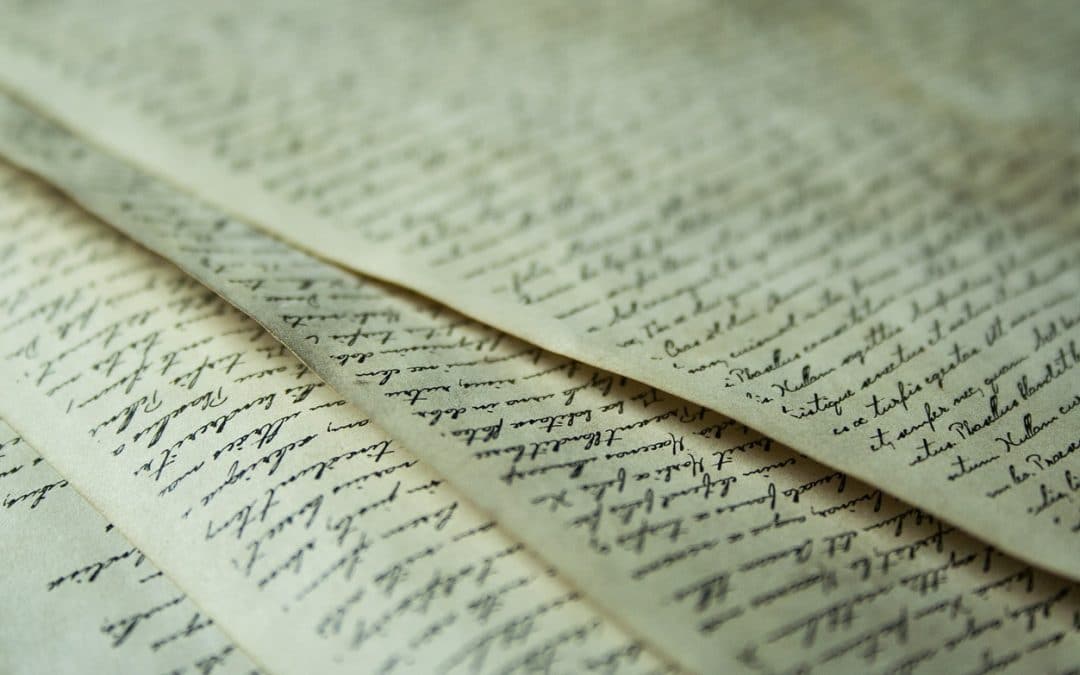 Today we celebrate the International Handwritten Day by practicing our best cursive font, distinctive and individual to each one of us like a finger print. Because we at Gyllium believe in handwriting and reading, we want to remind just how important and crucial it is to use pen and paper more often.

More and more schools are giving up not only calligraphy, but also the handwriting as a whole. In Germany, Finland and the United States, children in first grade learn how to draw the letters only during free elective subjects or do not learn it at all.

American federal education norms recommend training in handwriting only in kindergartens and first grade where children are five years old. In half of the US states this is exactly what is being done. This means that since the age of six, American children no longer write by hand, and the alphabet is taught on a computer or a tablet.

In the autumn of 2016, the first children in Finland who have not been made to write by hand went to school. Sweden also began to give up writing by hand and began to supply children with devices that convert the print text into a handwritten one. Swedish scientists believe that children’s motoring skills are not well adapted for handwriting, so first-time students should be pressing keys instead: the child writes the text on the computer and sees how the same text looks handwritten.

In the UK, they have not yet given up their handwriting, but first-time students are taught both in handwriting and in print text. Once the child learns to write in manuscript, it holds an exam and almost always goes to writing in printed letters – people in the UK write like that. Some Britons can not even understand text handwritten by an immigrant who has studied English as a second language and therefore uses the handwritten letters.

Handwriting will become a rare art

Today, among adults, there are millions who already have poor handwriting skills. If teachers, doctors, and journalists are still using pen and paper, the others simply do not need them. What do the taxi driver, engineer or graphic designer write by hand? People even compile their to-do lists not by hand but by using electronic devices. And when they take a pen in hand, which happens only several times a year, they are always surprised that their handwriting has become worse, their hand confuses the letters and their lines are not straight.

This happens to people who have written a lot in school, during university, and a few years after graduation. Imagine how will the handwriting look like of children who have dropped writing by hand after first grade! They have been taught to write, but it all ends there. Here we are not talking about having a beautiful pen-craft but about loosing the handwriting habit as a whole.

Will a person who picks up the pen only once a year to write a letter to Santa Clause lose the habit of writing altogether?

Let us assume that the Swedish scientists are right and after 50-70 years mankind will stop using manuscript as a form of communication. And those who today can write down an address on a piece of paper will, in 50 years, be considered as part of Calligraphic artists who possess the perfectly useless but enchanting art of handwriting manuscripts.

What are the consequences of dropping out handwriting

1. We will start reading poorly. Our fine motor skills and coordination will suffer.

During handwriting are activated those brain regions that are responsible for the interpretation of sensory feelings and speech formation. For those people who do not write by hand, these brain sections are triggered less often.

Within the brain is located the so-called center of Broca – a section that is responsible for arranging the letters in the word and recognizing them. That is, it is responsible for our ability to read and write. When we use our hand to write this center activates. Therefore, scientists at the Norwegian University of Stavanger conclude that people who write quickly, read better. And vice versa, those who read slowly and hardly understand the text, write worse.

Those who have been taught in a traditional school and managed to go through the traditional society, where every person had a pen with a notebook, know that there are people who write fast and have a flying lightweight handwriting. And there are those who record information more difficultly and slowly, who write every letter, often stop and re-read what they have written. This means that some people have a well-developed speech center in the Broca area and the others – not so developed.

2. Children who write a little have a badly developed ability to judge distances.

And vice versa: those who have problems with the judging distances by sight have difficulty writing. In China and Japan, for example, they preferre to recruit archers from among calligraphists.

The person who does not write by hand does not understand what is written. Of course, in a world where no one uses the pen, the inability to read a handwritten font is not fatal. The fear is that we are giving up this mental activity. The process of reading handwritten and printed texts has been thoroughly studied. MRT devices, ultrasound, Doppler scanning of brain vessels, encephalograms of people with notebooks and books have been all used, with the conclusion that when reading a written text,
more areas in the brain are triggered than during the perception of printed text.

4. We will study less spelling, punctuation, and grammar.

In all devices and browsers there is an auto-correction feature. Therefore, a person who can not write by hand will probably not be able to write literate. During the 21st century it will be decided that literacy is redundant. But the disputes about the need for correct grammar are as strange as challenging the benefits of multilevel education: why are universities teaching literature and astronomy? Well, because the learning process itself changes people and influences the development of their intellect. The only thing that can make a person smarter is education and training.

5. Without writing, we will formulate our thoughts poorly.

In the written speech, a person has made sentences in his mind before he touched the sheet with the pen. In fact, the letter by hand requires a higher form of abstract thinking. We do not need it to find text on the computer because the phrase can be changed at any time. Everything is very simple: people who often write by hand and write down their lectures, more often turn to the abstract thinking that needs to be trained.

6. Our imagination will suffer

People who write by hand are better able to imagine in their mind what is a text all about. If students write by hand lectures on Renaissance artists, they are more capable of imagining the detail of the shadеs and characters in the paintings than those who type on a keyboard. Studies supporting this were done using a tomograph.

7. Children will assimilate knowledge worse and their memorizing skills will suffer.

There is a lot of research that says that handwritten material, rather than keyboard printing, is better memorized as people formulate their main thoughts during the writing process itself.

Students who record their insights on a computer make it more detailed, but those who write them by hand are better able to memorize the material. In writing, people quickly paraphrase what they hear and shape their thoughts so that it is easier to record.

It is accepted that we believe that during its progress, mankind invariably moves towards improvement. And that every new habit or the loss of an old one, after all, leads to something good. But by giving up handwriting, this rule may not work. That is why the few lessons in first grade will not be enough to acquire serious skills or to solve more important tasks in time. However, these missed lessens may prove to be enough to loose such an important skill as handwriting.

Will you hand-write today?